Name of the Game

Far*East Movement was a staple of MTV Chi (when it existed) and has since collaborated with Asian American figureheads Jin and Justin Lin and performed shows around the world (from Korea to Brazil) -- increasing community visibility and challenging the definition of hip-hop.
The name of any band or musical group signifies more than just their aural styling. It is a statement. It's why 95 South -- most known for 1993 single "Whoot, There It Is" -- came and went, while Public Enemy remains in the hip-hop cultural consciousness. For Kevin Nishimura, James Roh, and Jae Choung, otherwise known respectively as Kev Nish, Prohgress, and J-Splif, the moniker of Far*East Movement is concurrent ode and promise. It simultaneously harks to past unsung Asian American rappers and celebrates present rappers in the community. It also signals the potential of an as-yet unseen wave of Asian American wordsmiths.
The guys are all about community: both with Asian Americans and with fellow musicians. Far*East Movement (or FM) knows the well-worn mainstream perceptions and stereotypes about Asian Americans, and they are well-versed with the fine lines they must navigate between the contesting realms that beset Asian American rappers. They have collaborated with Asian Americans artists like Jin, Ken Oak, Justin Lin, and Todd Angkasuwan. And yet, they have also worked with non-Asian American musicians they respect such as rap trio The Procussions and Zack de la Rocha, best known as front man of now defunct Rage Against the Machine.
To combat the lack of Asian American representation in hip-hop, Far*East Movement has opted to defy the confines of either ethnicity or musical genre that "Asian American rap" implies. This dual reach for equality and talent promotes an all-access(ness) of hip-hop that is beyond labels.
Posted by Fofit45 at 12:52 PM 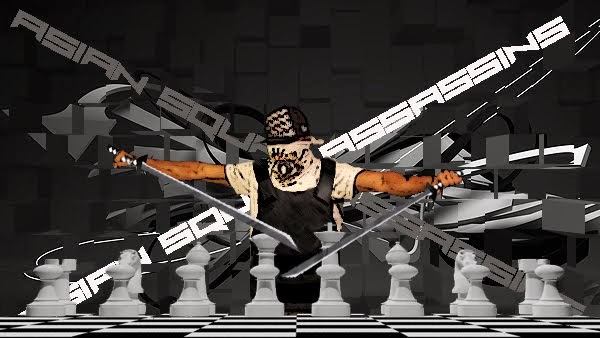